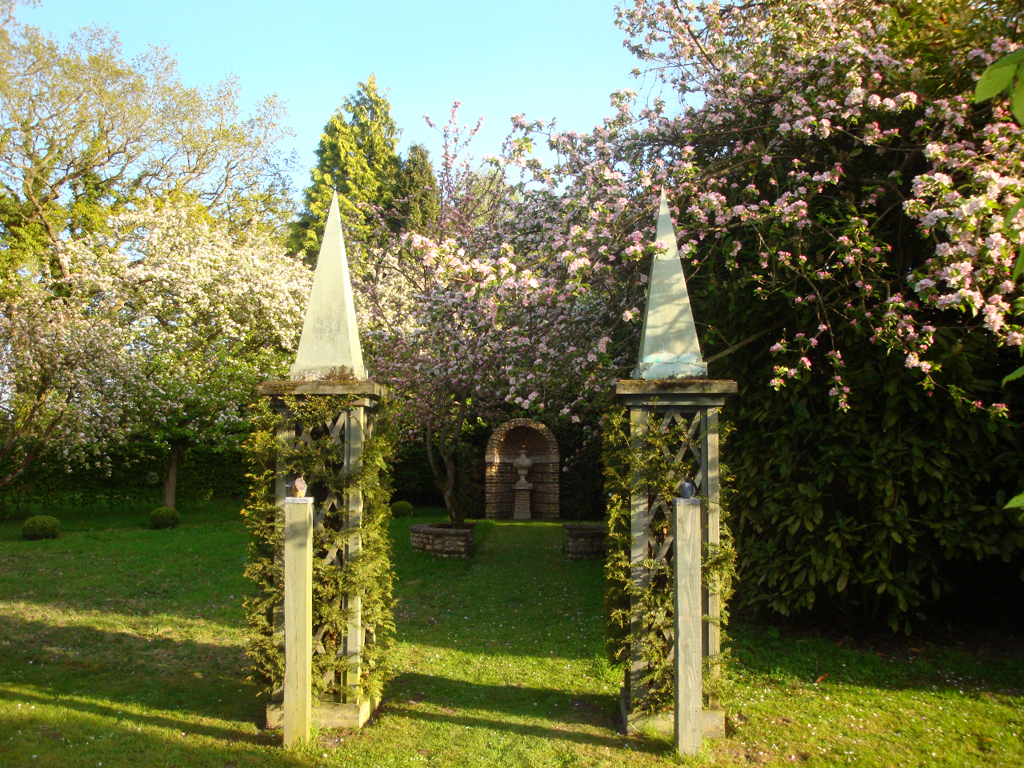 The Gardens at Silverstone Farm have been created over the past 24 years and consist of a series of formal architectural enclosures divided up by hedges of Yew, Hornbeam, Beech, Box and Holly.

The Gardens are inspired by 17th century Dutch, English and Italian prototypes and concentrate on a simple plant palette of evergreens and deciduous trees and shrubs such as would have been available in that period.

The garden also contains a series of ornamental buildings, furniture and objects designed by George Carter most of which can be made to order.

The gardens are available occasionally under the Invitation to View scheme (www.invitationtoview.co.uk) and during lecture days (see Silverstone Lectures)